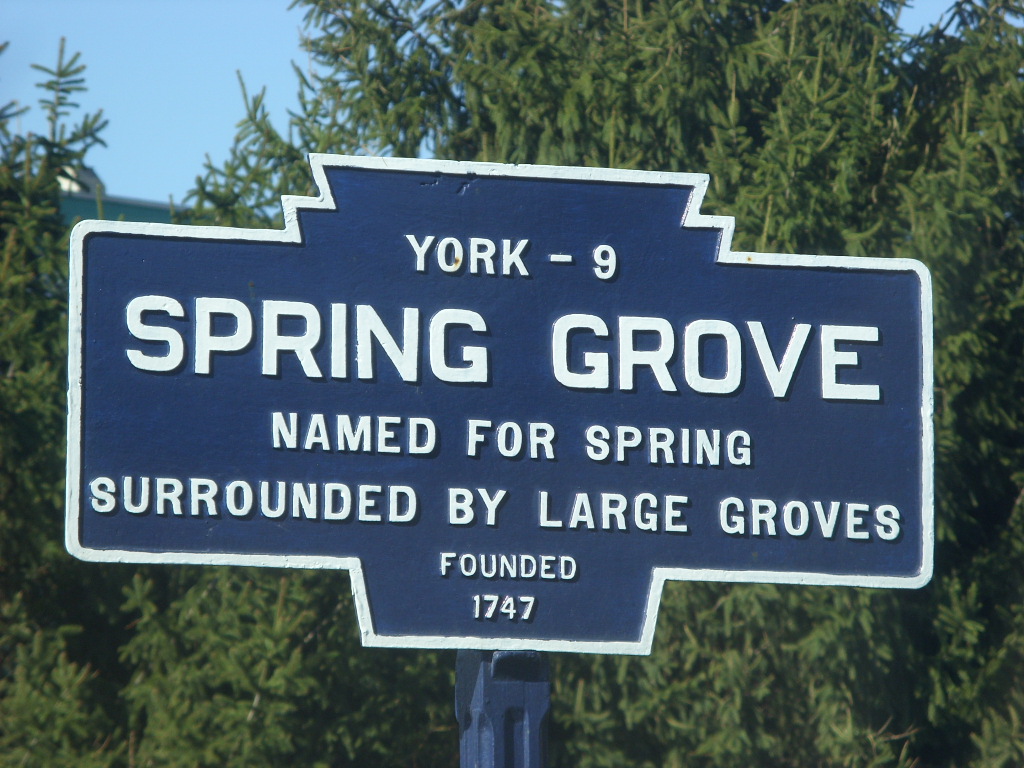 The site of Spring Grove was laid out in 1747 on the banks of Codorus Creek, midway between York City and Hanover, by a surveyor for the Penn’s. Its growth since that time falls into two (2) periods, each lasting approximately 100 years. The first witnessed development of the Borough as an iron-making center.  The second, which extends to the present day, is as a papermaking center. The businesses of both periods have relied on certain natural resources of the area.

Originally, Spring Grove was a part of Paradise Township and was contained within the boundaries of Lancaster County. York County was formed in 1749 and Jackson Township, including Spring Grove, in 1853. The residents of the community petitioned the County Court in 1882 for incorporation as a borough, and in August of that year their petition was granted. Since that time, the Borough has grown in area as a result of annexation of the surrounding land, the largest annexation having taken place in 1953.

In the 1770’s, attracted by the presence of water, iron ore and wood for charcoal in the Pigeon Hills, an iron manufacturer established a forge at “Spring Forge.” It is known as Spring Grove. The early German and English woodchoppers who flocked to this first Pennsylvania iron industry west of the Susquehanna were the forbearers of today’s community. By the mid-19th Century, the manufacturing of iron had grown to a point where almost 200 tons of iron bar were produced locally each year.

By 1851, however, the iron business had been suspended, and its buildings were converted to the manufacturing of paper. Once again local resources, wood and water, were largely responsible for the location of this industry in the Spring Grove area. Thirteen years later, the plant was purchased by P. H. Glatfelter for $14,000.

Other basic industries, such as brick-making and the manufacture of explosives, have from time to time established themselves in the Borough. None, however, have remained as long nor have been as successful as the paper mill. Since 1865, the growth of the borough has reflected growth of the Glatfelter Paper Mill. Spring Grove today is a one-industry tow, where the mill dominates the Borough’s economic and community life.